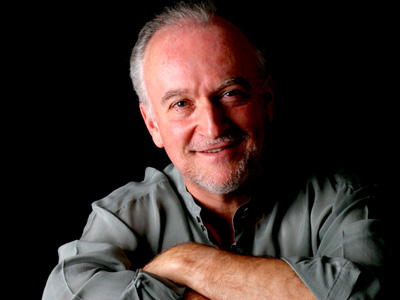 Ted Moore created the UC Jazz Club to infuse his department with community spirit and to share his students’ talent with the Bay Area Community!

Mr. Moore is head of the prestigious Jazz Department at UC Berkeley. Aside of his administrative duties he offers his skills as the Percussion Director of UC Jazz Ensembles Advanced Combo II, Improv Workshop

A graduate of the Eastman School of Music, Ted Moore has toured the world with Paul Winter, Marian McPartland, Stan Getz, Joe Williams and many others. For several years, he lived in Rio de Janeiro, Brazil, performing timpani and percussion with the Brazilian Symphony Orchestra, as well as touring and recording with one of Brazil’s leading saxophonists, Victor Assis Brasil. Mr. Moore has composed original scores for several films and television series, including the NOVA science series on PBS.

Since graduating from the Eastman School of Music, Ted has pursued a career which has taken him to many parts of the world with many different artists. He is leader and composer for his own Brazilian jazz group, Brasilia, which has released its first CD to national acclaim. He has performed with Stan Getz, Paul Winter, Marian McPartland, Eric Gale, Jack Wilkins, Gene Bertoncini, and Joey DeFrancesco. On tour, Ted has performed throughout the US and Canada, as well as Japan, Spain, England and Holland.

He also spent two years living in Rio de Janeiro as percussionist with the Brazilian Symphony Orchestra, and performing with many well known Brazilian jazz artists. He has played in Carnegie Hall, Lincoln Center, the Kennedy Center, the Cathedral of St. John in New York, Grace Cathedral in San Francisco and Suntory Hall in Tokyo.

Ted Moore’s Brasilia and the Oregon Symphony In February 2007, Director of UC Jazz, Ted Moore, will once again be performing his arrangements for small group and symphony orchestra, this time with the Oregon Symphony in Portland. The concert will feature his group, Brasilia, including Phil Markowitz on piano and Romero Lubambo on guitar. This follows last season’s appearances with the Rochester Philharmonic and the Vancouver Symphony.