Trump’s website declares:  “Mr. Trump will stop China from stealing our jobs, renegotiate NAFTA, cut unneeded regulations and make America the best place in the world to do business and hire workers. Putting America First — and not globalism — will keep jobs and wealth in America.”

The Obama Whitehouse website explains:  “The rules-based international economic system has helped to propel China’s unprecedented economic growth over the past 35 years, lifting hundreds of millions of people out of poverty.  The United States has also benefited from the emergence of a global middle class that, by 2030, is projected to include more than 3 billion consumers in Asia alone. U.S. exports of goods and services supported approximately 12 million jobs in the United States in 2014.  China has a strong stake in the maintenance and further strengthening and modernization of global financial institutions, and the United States welcomes China’s growing contributions to financing development and infrastructure in Asia and beyond.”  Full Article

Trump will stop China from “taking” jobs from the US.

China Experts at the Brookings institute let us know that China is now the economic superpower they set out to become in the early 90s.  They hold the world by the proverbial financial purse strings.  Their strategy has been to provide amazingly affordable goods and thus wipe out competition in many countries the world over.  With the money they made they have purchased raw materials and have a corner on several core commodities.  For instance the Wall Street Journal reported that during the first four months in 2016 the trading volume on the Shanghai and Dalian exchanges had more than doubled over the year before.  According to China’s National Bureau of Statistics. Dalian-traded iron and ore futures generated approximately the same dollar volume as gold futures in New York.  Full Article

Trump now is pursuing an extreme protectionist strategy that puts the U.S. commitment to open trade severely in doubt.  There is already the widespread view in China that the United States is withdrawing from the global economy.  China and investors all around the world believe that the US is in decline economically and this is borne out in reality.  The Balance reported in October 2016:  “China’s economy produced $19.5 trillion in 2015 (based on purchasing power parity). It’s the world’s largest economy. The European Unionis second, at $19.1 trillion. The United States fell to third place, producing $17.9 trillion.”  The US produces the value of $56,300 per person per year which is roughly four times as much as China produces with $14,300 per person per year.

China has 1.37 billion people as to compared to 325 Million people in the US. Even though 1 half of the Chinese people live very impoverished lives in the country side, there are over 1 Billion more Chinese than Americans.  That will not change anytime soon.

The Middle Class in China is growing steadily, it is actually a rather small fraction of the Chinese population.  In 2013, China accounted for 35 percent of the world’s total online shopping. By 2018, it is estimated that China’s spending will exceed the rest of the world’s combined, and will account for one in every five yuan spent in China, according to Bloomberg.  This is not because the lifestyle in China is higher than it is in the US, but it is due to the fact that there are so many people. And there are so many unmarried men who can spend all their money to make up for their loneliness, created by the questionable 1 Child Policy the Chinese government had pursued.  There are 33% more men than women in China.  So how does Trump plan to assist American firms to out-maneuver the highly sophisticated and highly educated middle class from China?

So far Trump wants to dismantle our already faltering education system even further.  Most jobs these days require superior math skills and all the tariffs in the world that Trump and his team want to impose on China, will not change the fact that China outperforms the US in math and science skills by a HUGE MARGIN.  The 2012 PISA study shows: “Percentages of top performing 15-year-old students (those scoring at level 5 or above) in mathematics literacy ranged from 55 percent in Shanghai-China. In the United States, 9 percent of 15-year-old students scored at proficiency level 5 or above, which was lower than the OECD average of 13 percent.”   China on a percentage basis out performs the US by a margin of 6.  And when you add the fact that China has so 4 times as many people than the US, the US is simply no longer competitive and will not become competitive unless it starts to focus on repairing the education gap.  Tariffs don’t make people more educated.

If the US due to the fact that the current administration is terrible in math, cannot realize that if they add tariffs, Chinese products will get more expensive.  This means that the products US manufacturers produce with Chinese parts will get more expensive.  The end result is that the US manufacturers may loose the few jobs they were able to keep.  The world is a competitive market and all countries compete.  Wishing it were not so will not change that fact.  Even Trump agrees and he purchases his products all around the world and uses the underpaid and unemployed American Consumer as customers while providing the earning capacity to countries who have a better educated workforce.

Americans suffer due to lack of education, due to lack of health care and due to the fact that their hard earned taxes are used in wars all around the world instead of on infrastructure and basic human needs at home. Trump promised he will fix this situation.  He claimed he is the “only one” who can fix it.  So far he brought in DeVos who plans to ruin the rest of the countries education the way she ruined it in Michigan.  He has tasked Paul Ryan with is pet project of robbing the American people of what is left of their Medicare payments, and he wants to abolish Affordable Health Care.
He has empowered Pharma companies to raise their pricing to completely irresponsible levels that surely will end up literally killing the lower income people.  He has brought in more military personnel than any previous administration since the Civil War. We are still waiting for him to provide us with signs that he is intent on following through any any one of his promises.  Making America Great Again?  What does that even mean?   The media never received an answer from him.  Unfortunately we will find out very soon and the damage will last a long time. 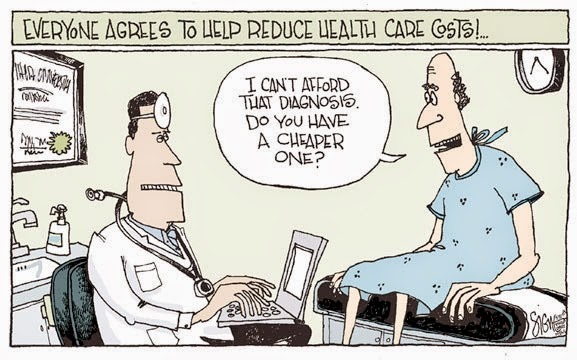