Skip to content
During Netanyahu’s visit a reporter wanted to know about the rise of anti-Semitic incidents in the United States and concerns that the new administration was encouraging xenophobia and racism.  The NYT reports:  “There is no question that hate crimes and malicious speech have accelerated since the presidential campaign, with Jews among the prime targets. The Anti-Defamation League says anti-Semitic talk in the United States has reached levels unseen since the 1930s. And there have been bomb threats against Jewish centers across the country.”  The NYT goes on: “As for racism and anti-Semitism, he said “bad things” have happened “over a long period of time” and gave no hint of appreciating how his nationalistic, anti-immigrant policies and fear-mongering have been a dog whistle for the alt-right.”
The media discussed this terrible response which did not address the havoc that organizations like Bannon’s media property Breitbart, who is known as one of the wife-beating men in the current GOP administration. Trump chose this racism promoting man as his most trusted advisor.  Trump even is known to sign Executive Orders that were placed by Bannon in front of him, without even reading them, and without informing the National Security Organizations. Bannon calls the shots because Trump chooses this racist to call reign supreme.
Instead of taking the opportunity to reassure the country that he will uphold the US constitution, which does not allow racism, he simply whines about feeling accused.  The President of the US, and the leader of the until recently “free world,”  failed with his answers to this important question. The horrible rise in racism and anti-Semitism fostered and fomented by Breitbart, Bannon and his ALT-Right racist segment of the US population.  The ALT-Right is emboldened by Bannon and his media company. Trump hired him and until he fires him,  Trump is the boss, he is responsible. Bannon created speaking opportunities for racists, Ku Klux Klan Members and people who engage in the Nazi salute.

The dictionary explains: “A racist is a person who shows or feels discrimination or prejudice against people of other races, or who believes that a particular race is superior to another.”  Trump has claimed in several interviews that he finds being questioned whether he is a racist “offensive.” So why does he keep promoting racists?

Trump was raised by a father who was a registered Ku Klux Klan member, and his grandfather rented out women.  We can realize that many of his attitudes were formed during the pre verbal phase of his childhood. Trump rates women on a scale of 1 to 10, typically considering the age and the women’s bodies.  Not their mind, not their personality, he sees women as possessions and as objects.  He thinks that his being so attracted to women that he is compelled to touch them without invitation, is proof that he “loves” women. He succeeded in frightening and empowering women by the millions to leave the coziness of their homes to actually physically take to the street to protest.

It is quite possible that Trump is completely unaware of his attitudes, or how his actions, words, and attitudes perceived by an innocent bystander.  Clearly Trump doesn’t have much respect for his own voters.

Donald Trump made the following statement in a 1998 interview with People magazine:

Trump admires dictators who murder their own citizens, he hired billionaires after claiming through out to the Fox News watching audiences that he would “clean the swamp.” And claimed Hillary giving speeches was proof that she was pro-Wall Street. Now on a near daily basis Trump brings in his “very capable” – often previously accused of fraud – Wall Street friends to run the government. It is obvious that he and his Wall Street Friends rode into the White House by making false promises – Better Healthcare than ACA – Better Paying Jobs – Safe Streets – and a GOP that would be winning so much they would get “tired of winning.”

Meanwhile here is a quote from the Dalai Lama: 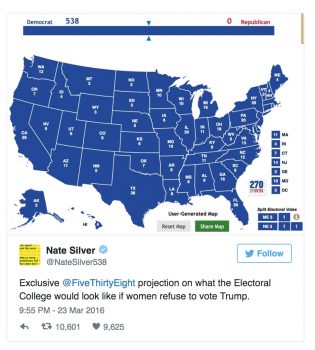