Juneteenth commemorates the ending of slavery in the United States otherwise known as Freedom Day. Juneteenth is an abbreviation of “June nineteenth” the day of the abolition of slavery in Texas on June 19, 1865. The date was fortified in our collective memory thanks to the trend that started on January 11, 1865 in Kansas and spread over 39 other states. It helps to celebrate the accomplishments of our forebearers and hopefully it will encourage us to hold on the freedoms gained and to continue to free slaves. Unfortunately the number of people working in servitude and outright slavery in the US is on the rise again. This make it even more important to observe this holiday.

For over 38 years, the Juneteenth Festival in San Jose/Silicon Valley has averaged over 6,000 attendees. This year they are featuring the amazingly talented painter, 12-years-old Tyler Gordon in the Family Activities area.

Faith Evans is a talented singer who has 3.1 millions of fans listening to her monthly on Spotify. This talented artist often stays in the headlines due to her turbulent private life.

Faith Evans is a great example of an amazing singer who has a turbulent private life. After divorcing Soul and Spiritual singer Kiyamma, with whom she had one child Chyna Griffin. She was married to Notorious Big, with whom Faith Evans shared a son called Christopher Jordan Wallaces. Faith was supposedly accused by Jay-Z of having an affair with Tupac Shakur. After Notorious Big was shot in a drive by shooting, she married to the record producer Todd Russaw. Faith Evans and Todd Russaw had two boys, Joshua and Ryder. The split in 2005 and were divorced in 2011.

Professionally Faith Evans is an accomplished R&B, Soul Music performer. She is considered to be the star that fortified Bad Boys Records’s Success and Sean John Combs success as a producer. Faith Evans is successful in her own rights not just as a singer who spans genres including R&B, Soul, and Hip Hop. She also is a published writer Keep the Faith: A Memoir.  She describes her life as a child raised by her foster parents who were related to her very young mother, and the challenges she faces as she made her way through life as an actress and performer during the turbulent times of the 90s and 2000s. She and her co-writer Aliya S. King earned the 2008 African American Literary Award for the Best Biography/Memoir category for the book.

Faith Evans sings much about love, honesty, faith, survival and summarizes the pain and loss of her husband to gun violence in her 20 year memorial album, “The King & I” which include songs like “Somebody Knows.” and “It was worth it.” Her recent marriage to Stevie J. surprised many, since he has battled drug and sex addiction problems for much of his life. Unsurprisingly, he fathered 6 children with 5 different women prior to this marriage. In a surprising move Stevie J. who is known as a seedy Casanova due to his involvement in the someone low brow show Love & Hip Hop. A promising sign that the respectable singer Faith Evans may have had indeed a positive influence on him.

The event will include performers like 90s star Case, Jaguar Wright, Jon B., Reuben Studdard to groups like the Drifters with a wide range of local artists from Rap/Hip Hop to R&B, Gospel, and Jazz.

There will be over 30 vendors with many black artists and crafts artists. Great way to enjoy the summer and the fact that about 250 years ago we started the journey toward equality and freedom for all.

Headliners Include Terri Lyne Carrington, Madison McFerrin,
Bob Dorough, Jeff Bradshaw, Jaguar Wright,
Orrin Evans, Gerald Veasley, and more
The Bynum Brothers–Robert and Ben Bynum, creators of popular restaurants/jazz venues including SOUTH, Paris Bistro, RELISH,  Warmdaddy’s, as well as the former internationally recognized Zanzibar Blue–are proud to announce, in conjunction with Philadelphia’s Office of Arts, Culture and Creative Economy, The Philadelphia Jazz Festival. The Festival, which will be presented as part of Jazz Appreciation Month, is set to take place in multiple venues across the city from Sunday, April 23 through Sunday, April 30.
The Bynum Brothers, have created a new non-profit organization whose mission is to support local, national, and internationally recognized artists. The festival will strive to create an impactful annual event that will resonate throughout the Mid-Atlantic region and to preserve and promote the emblematic jazz history of Philadelphia. “We support Philadelphia’s diverse pool of musicians 52 weeks a year in four different locations across the city,” explains Robert Bynum. “This Philadelphia Jazz Festival, along with the PJE, is about strengthening the fabric of our community and cultivating future generations of fans, artists, and jazz admirers.”
In their inaugural year, the Philadelphia Jazz Festival will present a comprehensive mix of artists across a broad musical spectrum. Multiple Grammy® Award-winning drummer and composer Terri Lyne Carrington; Madison McFerrin, daughter of Bobby McFerrin; original member of the 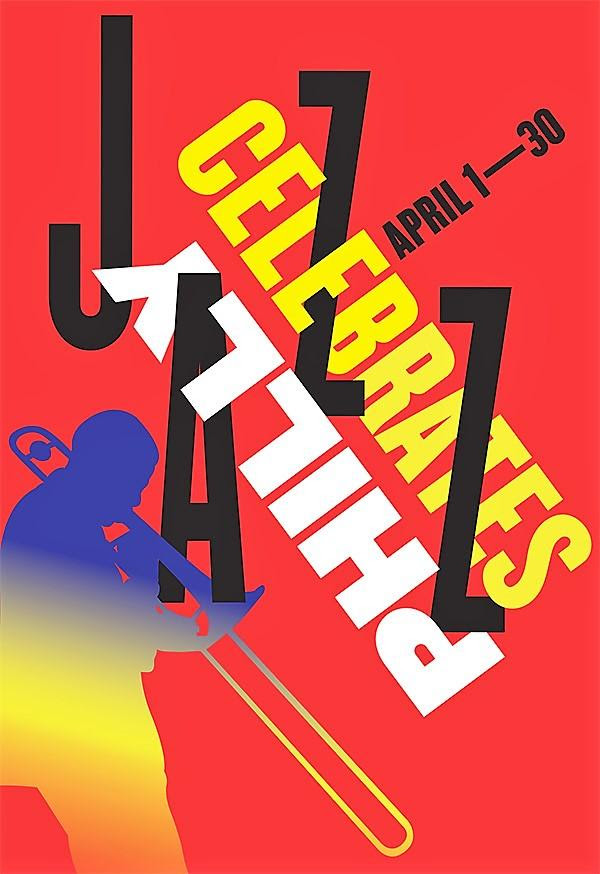 famed Saturday Night Live band Steve Turre; 93-year-old pianist/singer/composer Bob Dorough, and others will perform throughout the week while locals includingLil John Roberts, Jeff Bradshaw, and Jaguar Wright are also set to appear. The Philadelphia Jazz Festival will support the return engagement of esteemed alumnus and newly signed Mack Avenue Records recording artist Joey DeFrancesco (who recently received a star on the Philadelphia Walk of Fame) as part of a local All-Star band, Randy Brecker, E-Lew(Eric Lewis), and others. Pianist Orrin Evans and bassist Gerald Veasley, both of whom helped launch a pair of weekly series at SOUTH, are also slated to perform.
While the music certainly stands on its own, the Festival will also offer an important Education & Outreach component with several events throughout the week. Partnered with organizations such as the Kimmel Center, Jazz Lives Philadelphia, and Jazz Journeys, youths and seniors have been invited to attend a “Meeting with the Masters” program, various meet and greets, discussions, luncheons, and more with artists like Leon Jordon Sr., Orrin Evans, and Gerald Veasley.  The Festival will have a strong charity component targeting the Food Connect Group, Big Brothers and Big Sisters and the North Broad Street Renaissance as beneficiaries of this year’s festival.
The Festival’s partnerships include the following venues: SOUTH, Chris’ Jazz Club, World Café Live, Warmdaddy’s, RELISH, The Philadelphia Clef Club, The Paris Bistro, Ardmore Music Hall, and the new Michael Nutter Theater at the Philadelphia Convention Center amongst others. Sponsors and supporters for the festival include Philadelphia’s Office of Arts, Culture and the Creative Economy, PECO, Stella Artois, Brown Foreman, Promixo Beverage, Penn Beer, Breakthru Beverage, Southern Wines & Spirits, among others.
For a full schedule of events please go to
www.thephiladelphiajazzfestival.com
Shared from Press Release by D.L. Media